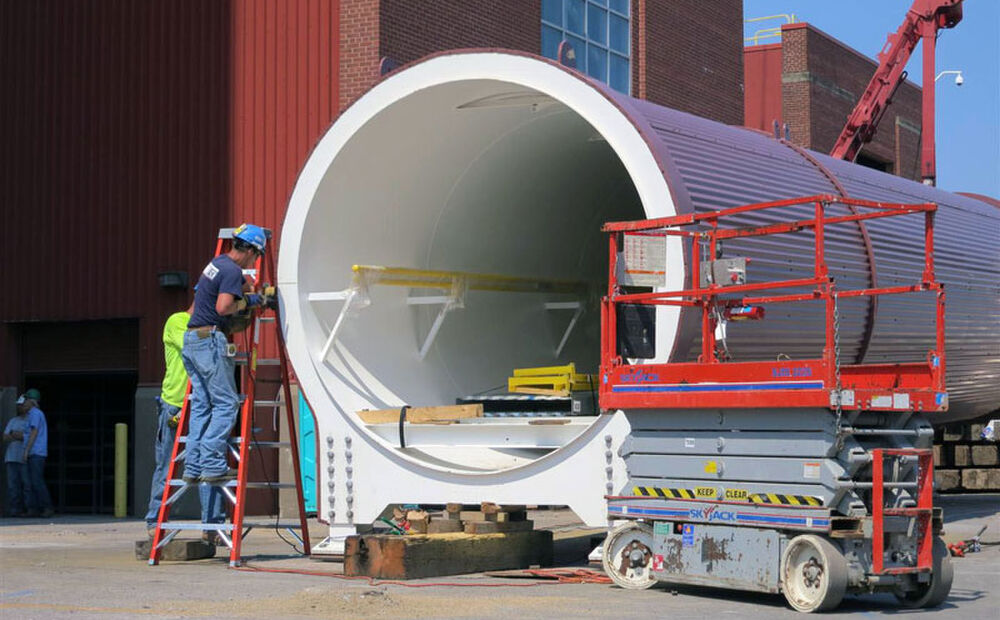 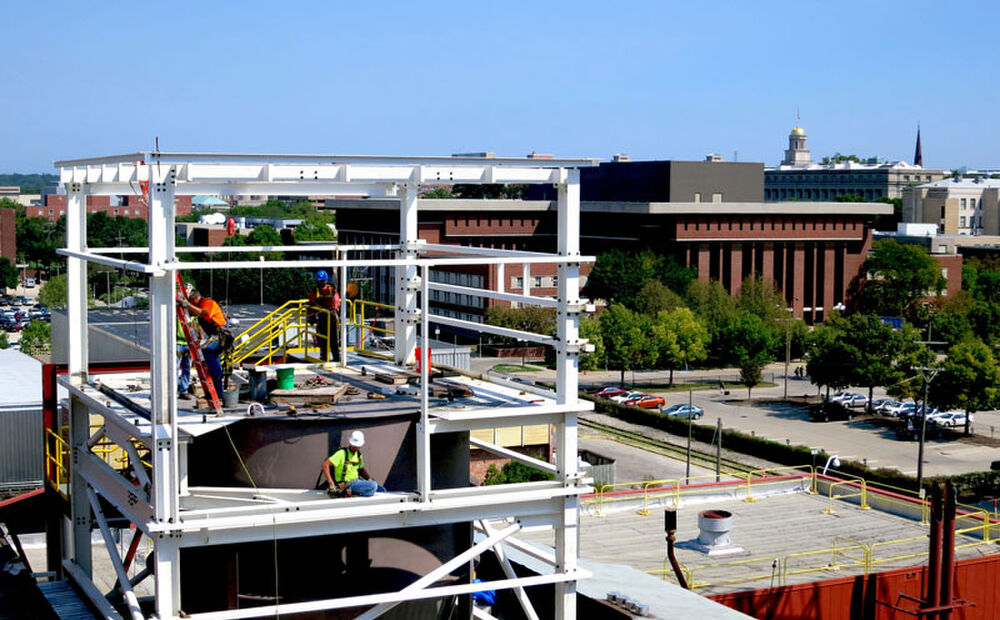 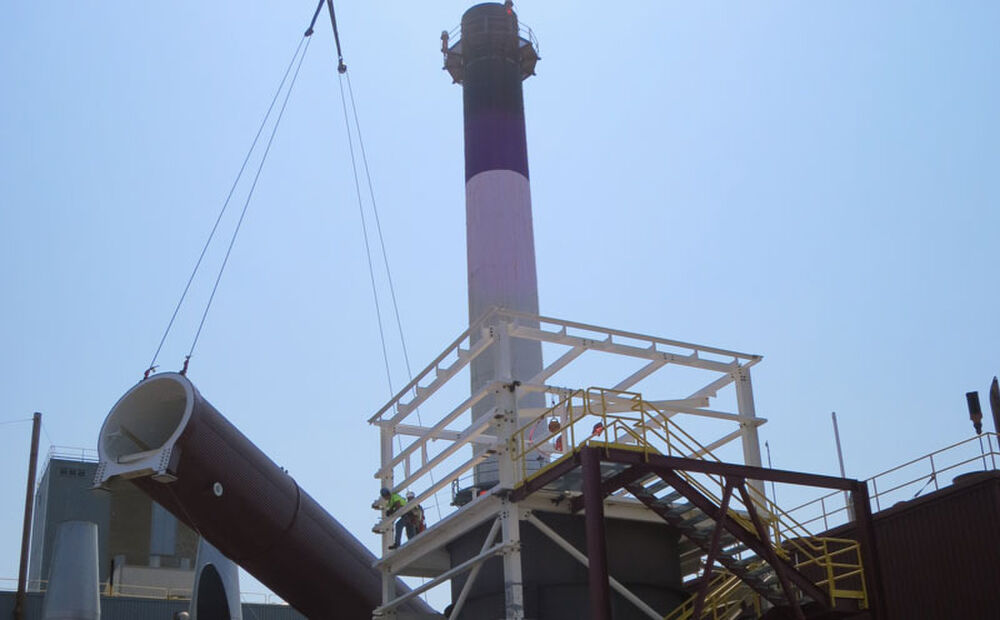 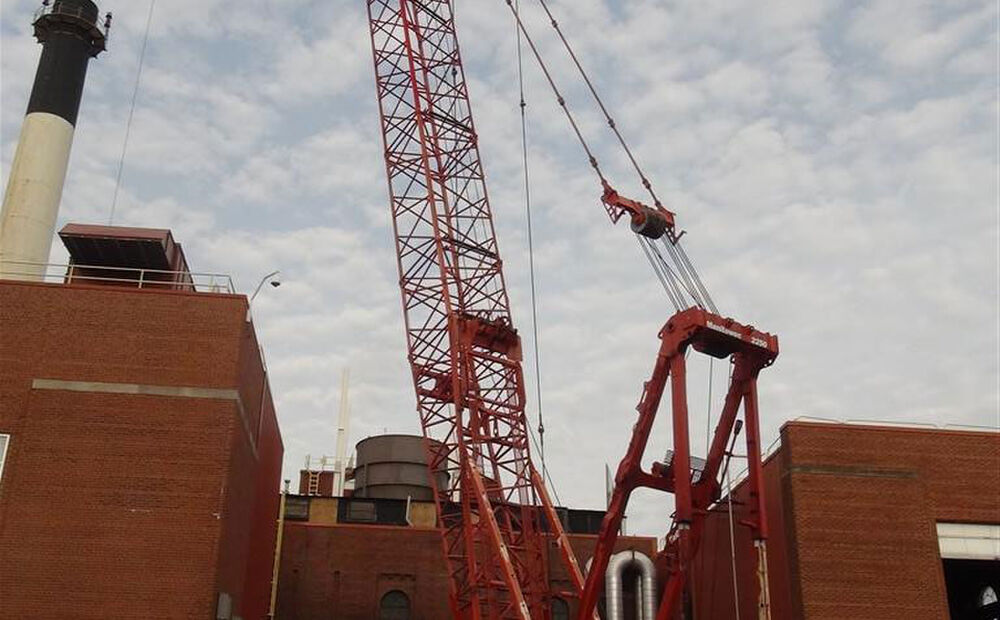 Carl A. Nelson & Company was awarded the contract to replace the dense phase coal transport system with a mechanical conveyor based coal transport system. The Main Power Plant serves the University of Iowa campus and the University of Iowa Hospital and Clinics complex with steam service. The dense phase system supplied coal to one of four boilers that generates 30% of the plant’s steam capacity. Completion of this project on time was critical to the operation of the university and hospital.

The $5.6 million project was started on March 6, 2012 with a scheduled substantial completion date of January 9, 2013. The project consisted of demolition of the existing coal transport system and fabrication and installation of the new mechanical conveyor transport system. Due to the property constraints of the project, a 300 ton Manitowok crane with 300 feet of boom was used to remove sections of the dense phase system and then install the mechanical conveyor system. This required several critical lifts due to the size and weight of the sections and the necessity of making lifts over occupied plant buildings. One of the critical lifts, the 34,000 lb coal bunker, was fabricated on site because its overall width prevented road transportation.

Even though the original schedule was aggressive, Carl A. Nelson & Company completed the project more than a month ahead of schedule allowing the power plant to put a critical boiler online before the harsh winter conditions set in.

Learn More About the University of Iowa Power Plant.