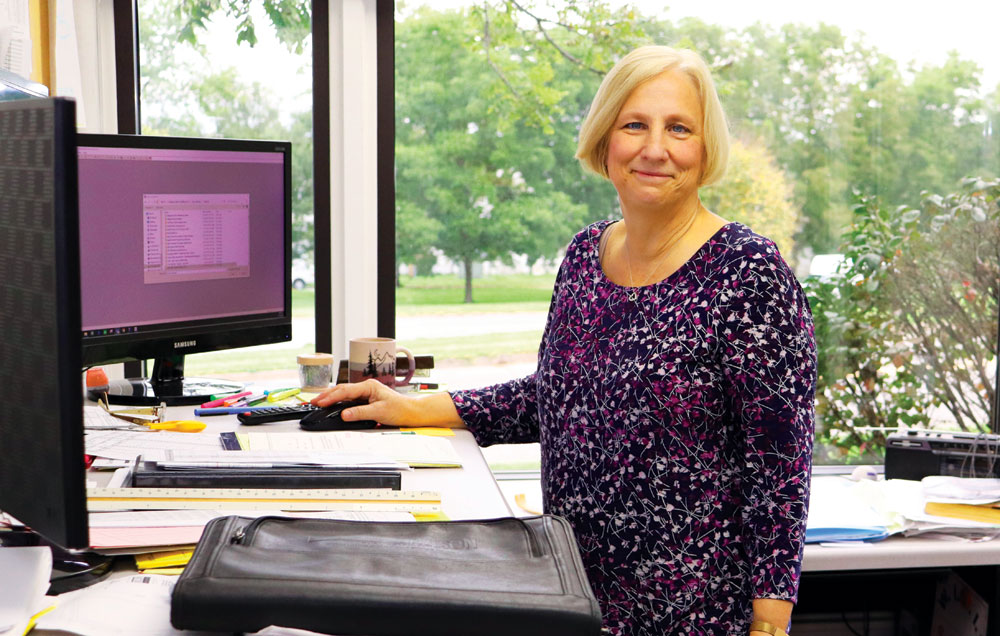 Kathy Ketcham, estimator, will celebrate 35 years with Carl A. Nelson & Company in 2020.

In her youth, Kathy Ketcham said, high schools didn’t have programs like now to help students learn what career and college options were available to them.

So she didn’t have the resources to help her as she cast about for a direction upon earning her diploma.

Her father, the owner of a hardware store in their small town, thought his daughter should go into television repair. Ketcham did not share that particular aspiration, though, and ultimately decided to go into early childhood education.

After two years at Northern Illinois University, however, the northwest Illinois native decided working in a preschool or kindergarten classroom full of small children simply wasn’t her calling.

That same year, an elective drawing course shed light on another path.

“I really liked architecture, and I thought about going to school to get an architecture degree,” said Ketcham, who joined Carl A. Nelson & Company in 1985. “But I liked doing the drafting part of it. I liked the drawing.”

So Ketcham left NIU and enrolled at MIT – Morrison Institute of Technology, near her hometown of Chadwick, Illinois – where she graduated in 1980 with an associate’s degree in architecture and building construction technology. Of about 200 students in the program at MIT, fewer than 10 were women, Ketcham said.

Her drafting career began with a steel company in Des Moines, Iowa, where she produced detailed drawings of things like bridges and water towers.

After moving with her husband, Jim, to Danville, Iowa, and starting a family with the birth of their son, Dusty, she found part-time work with CANCO, in the drafting department. Within two years, the job became full-time, but a company realignment in 1990 resulted in a new role: estimator.

As estimator, Ketcham’s job is to prepare bids for work being pursued by Carl A. Nelson & Company across a variety of sectors and delivery methods. That includes obtaining costs for materials and subcontractors, and determining the quantities and cost of self-performed work by CANCO’s own field personnel. Sometimes she works in concert with project managers, engineers or with Nelson Design, Inc. architects. Other times, every aspect of preparing a bid is Ketcham’s responsibility.

The drafting part that first drew her interest has fallen away with the shift to computerization, but even after 30 years, the work of estimating remains appealing. 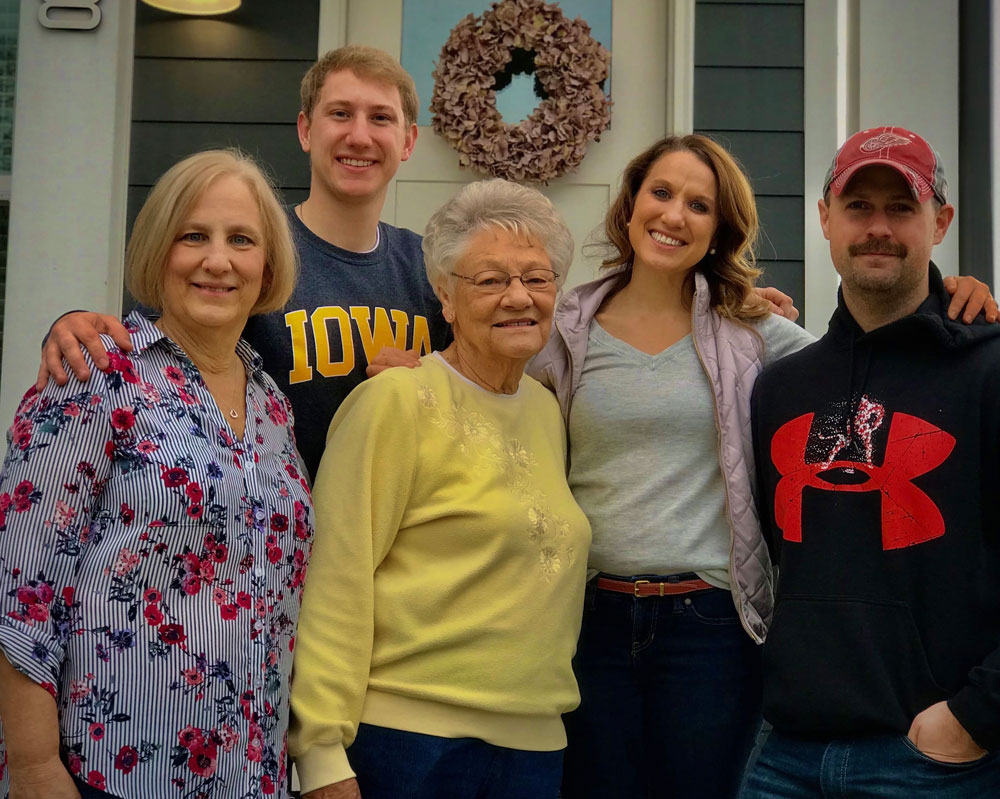 Away from work, Ketcham enjoys traveling, and would like to someday match her father’s accomplishment of visiting all 50 states. (She’s at 27 so far, and says airport stopovers and just driving through don’t count: “You have to do something.”) Some of her travels take her to visit her daughter, Shasta, a doctor of physical therapy, and son-in-law, in Nashville, Tennessee. Her youngest son, Colton, is 20 and still nearby while he attends school as a biology major at the University of Iowa in Iowa City, Iowa.

Ketcham walks regularly with a friend to stay fit, and takes part in a handful of 5K run/walks each year. Enjoying her backyard pool and garden are other pastimes — and crafts like scrapbooking and sewing, too. Couponing is another pursuit – one with moneysaving implications.

People send her coupons, and the savings add up to “a couple of hundred dollars” a year, probably more. She also obtains items through couponing she only intends to give away – like the 50 or so toothbrushes she recently amassed that found their way to the Burlington, Iowa, homeless shelter.