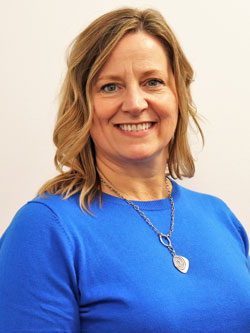 A retirement and an internal promotion created the right opportunity for new Carl A. Nelson & Company accounts payable specialist Angela Walker to join the company.

Walker's first day was Feb. 17. She succeeds Debbie Rokosz, who was promoted earlier this month to the accounts payable/accounts receivable position that opened with the January retirement of 30-year CANCO employee Lisa Wilson. Rokosz has been with the company 18 years, starting as a project manager assistant.

For Walker, who graduated from Illinois State University with a degree in public relations, Carl A. Nelson & Company presented a chance to get back into an office setting, while also working for a company that has a favorable reputation in the community.

Previously, the Hamilton, Illinois, native worked for employers including Allied Starch & Chemical Technologies Group in Keokuk (Mississippi Blending at the time) in accounts payable and accounts receivable; Employee Benefits Systems as an enrollment and billing specialist; Data Source Appraisal as an assistant appraiser; and for 12 years, with her husband in their family business, Whitey's Bar & Billiards.

She and her husband of 22 years have two children, 20-year-old Stephanie, and 14-year-old Evan, who is a freshman at Burlington High School. They also have two dogs, a golden retriever named Daisy, and a shitzu-Yorkie mix called Snickers.

Away from work, Walker is an avid Kansas City Chiefs fan, enjoys caring for potted flowers, and recently has taken up kayaking. 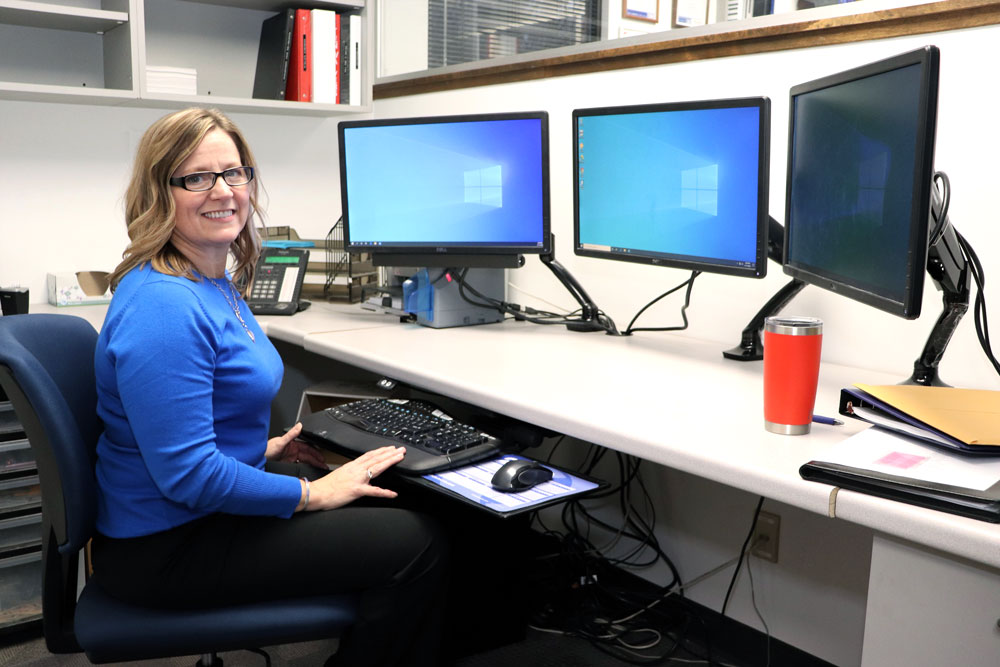 Angela Walker in her office at Carl A. Nelson & Company. Walker is the company's new accounts payable specialist. (CANCO photo)