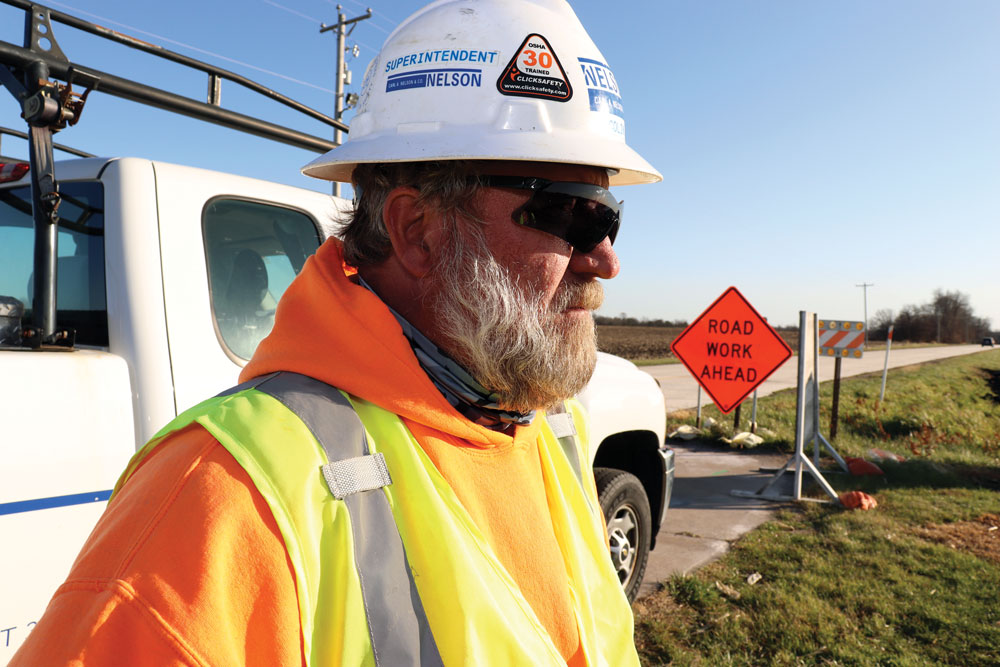 Colin Dorothy celebrated two milestones with Carl A. Nelson & Company in 2020. One was his 30th anniversary with the company. The other was his promotion in March to project superintendent.

The Hamilton, Illinois, native, followed his father, Bill Dorothy, and uncle Mike Dorothy, into a career with Carl A. Nelson & Company (CANCO), and ultimately stuck around longer than they did.

For three decades, Colin Dorothy soaked up all the knowledge and imparted wisdom he could from the superintendents he worked under. Field leaders like Jim Amann, Skip Jaeger and Mel Rich were the experienced hands guiding the work and getting the most from their crews while coaching up the next generation.

Now, after 23 years as a field foreman, that’s Dorothy’s role.

Dorothy spent the first few years of his construction career on the road, working on jobs in Indiana, Ohio and Kentucky during the Aldi grocery store chain’s buildout across the country. On one job for Aldi, a warehouse in Hinckley, Ohio, he remembers welding 86 truck docks.

More recently, he spent several years working steadily in Iowa City, as Rich’s foreman on a series of jobs at the University of Iowa Power Plant. He said the work was challenging, and came with a degree of risk unlike previous projects due to the hazards inherent to power generation. For all that, he said, the jobs were completed without injuries and while delivering a good product for the university.

CANCO’s corporate focus on safety really pays off on a job like that, Dorothy said. But, he added, it pays off on every job by making crews conscious of things that are unsafe, and empowering individuals to speak up.

As superintendent, when it comes to keeping on top of issues like quality, budget, schedule and safety on the job site, the buck stops with him. In the months since his promotion, however, the work feels pretty much the same.

“I enjoy being out there and working with the guys,” said Dorothy, whose efforts were recognized in 2005 with CANCO’s Jack Wills Field Leadership Award. “There’s not a lot of just sitting in the office with our superintendents.”

One new challenge is recognizing the need to delegate more of the work, to give others the same chance he was given to grow in knowledge and wisdom. There are plenty of talented young craftsmen and foremen coming up through the company, and landing a few of them on a crew makes the work go much more easily, Dorothy said.

And if he does his new job well, he could wind up among the long list of former superintendents like Amann, Jaeger and Rich whose name is called out by a future generation of field leaders at CANCO.

“I’m definitely not in that group,” Dorothy said. “I’ve still got a lot to learn to be as smart as a lot of those guys.”

Yet being cast among their ranks, he agreed, is a worthy thing to aspire to.

“That would be awesome,” he said. “That’s pretty much what it’s all about.”

Away from the job, and when not pursuing a passion for hunting or fishing, Dorothy makes his home in Hamilton, Illinois, with his wife of 27 years, Juliann, a social worker in Keokuk. They have two children, daughter Kelly, who is 27, married and living with her husband in Golden, Illinois; and son Coy, 26. They also have a grand dog, a black lab named Sophie.