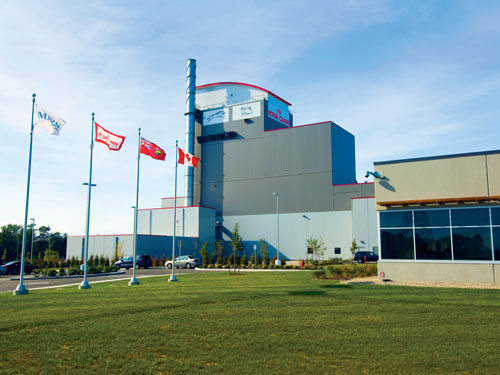 Getting the job done on-time, on budget a big deal for owners

The voice from the cornfield in “Shoeless Joe,” the 1982 novel by W.P. Kinsella, did not say, “If you design it, he will come.” Yet without design, how could the protagonist have known what to construct on top of his tilled-under crops?

In the built environment, design and construction go hand-in-hand. Or at least, that’s how things used to be.

For millennia, designer and builder were one and the same. Someone saw a need, and either designed and built a building to address it, or hired somebody else to do both those tasks. But through the 19th and the early part of the 20th century, that connection became severed. According to the American Institute of Architects (AIA) in a 2008 webinar, a number of factors influenced the disconnect in the United States. Among them were the rise of architecture as a profession in the latter half of the 19th century; the reduced demand for new buildings that was a result of the Great Depression and World War II; changes in federal law during the 1930s regarding construction contracts; diverging philosophies of professional organizations for architects and builders; and architects’ aversion to risk.

“There’s a lot missing in that environment,” said Carl A. Nelson & Company (CANCO) President Tim Seibert, P.E., explaining expertise became sequestered within disciplines during that period. Particularly on cost. “Almost all cost experts wound up on the construction side.”

Only in the past 30 to 40 years, according to the AIA, have design and construction begun to find their way back to one another, as firms like CANCO partner with owners to provide design and construction services under one roof. The term for that re-emerging connection is design-build, and an increasing appreciation among owners for its benefits is being reflected in the marketplace. 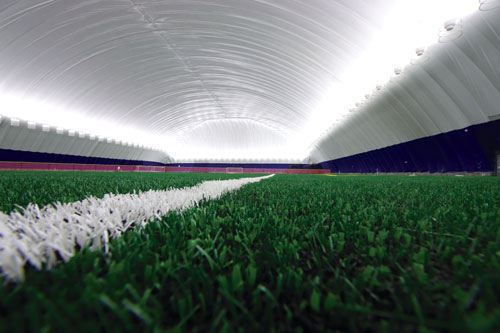 Inside at the TURF, a 40,900-square-foot inflatable-dome, year-round indoor athletic facility in Burlington, Iowa. (Carl A. Nelson & Company photo)

According to a June 2018 market study by FMI Corporation for the Design-Build Institute of America (DBIA), design-build is expected to account for 44 percent of U.S. construction projects by 2021 across non-residential sectors, representing $1.2 trillion in construction spending.

The easiest way to explain the design-build concept is to simply say it involves a single contract for design and construction services. In a design-build project, a firm such as CANCO contracts with the owner to handle all aspects of the work. The design-builder takes on responsibility for design services as well as hiring and managing all subcontractors, scheduling the project, acquiring materials, self-performing a portion of the work and dealing with any change orders that may come up during the design or construction phases of the project all the way through completion. All other project delivery methods include separate contracts for design and for building; and sometimes multiple contracts. But design-build is more than just a delivery method. According to DBIA, it also is a mindset.

“Design-build is intended to be a highly collaborative, fully integrated process that is built on trust, mutual respect, teamwork, innovation and creative problem solving,” DBIA asserts in a 2014 primer. “Design-build unleashes the power of team to deliver projects faster, better and for optimum cost – best value for the money, time and effort invested. Owners find that when design-build is done right, their level of engagement with the entire team is more meaningful than is experienced with other delivery methods. Across the country and around the world, design-build successfully delivers both horizontal and vertical construction projects with superior results, no matter what the project type.”

CANCO engaged in its first design-build project in the 1970s, during the build-out of the Aldi grocery and Jacks discount store chains across the Midwest, and today more than 50 percent of the company’s business is delivered as design-build.

“We were kind of ahead of our time on design-build,” Seibert said.

Since those early days, CANCO has completed hundreds of design-build jobs in 15 states and in Canada, with a combined contract cost of almost $600 million. That includes projects ranging from renovating the rehabilitation room at a nursing home for less than $10,000, to building a $28.7 million pet food production plant and corporate office complex. 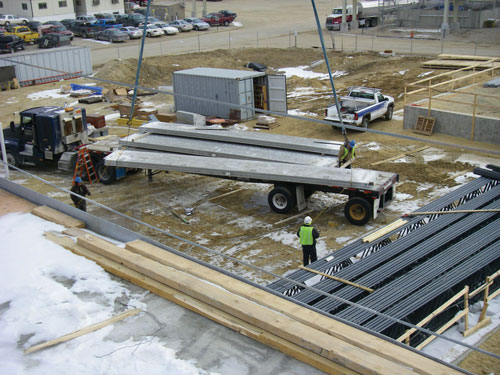 When planning and execution are unified in a design-build project, said Chris Smith, Vice President of Construction at CANCO, the benefits for the owner are many. They include faster completion; less hassle and fewer headaches by means of better collaboration between designers and builders; fewer change orders; greater accountability; and, likely a lower overall project cost.

Owners prefer design-build to other options where the efforts of designers and builders are divided, Seibert said. In construction management, general contracting and a hybrid delivery method billed as integrated project delivery, the owner has separate responsibility for communication with the design and construction sides of a project. That sometimes puts the owner in the position of go-between, or even mediator. In traditional design-build, the owner works directly – and solely – with the design-build firm.

“Our customers are more satisfied. They like a single-point responsibility,” Seibert said.

In design-build, good teamwork between designer and builder is baked into the relationship, because the designer works for or is hired by the builder in builder-led design-build projects (DBIA reported in 2015 more than half of design-build firms were contractor-led; CANCO falls into that category), and each side of the equation takes responsibility for the success of the other. Collaboration between designers and builders allows “cost and constructability to influence design,” Seibert said. And that helps keep projects from going over budget even in the bid phase. In other delivery methods, he said, the designer has “no contractual obligation” to design based on budget.

Selection of a design-build provider generally follows completion of a process that begins with a request for qualifications, followed by a fee proposal, then interviews of finalists before a contract is awarded. Unfortunately, not every owner can take advantage of design-build services. On public projects, Seibert said taxpayer trust is key to success, but when a design pushes the cost to unexpected heights, that trust can be lost, resulting in a negative public response to future projects. Yet in Iowa, for example, public entities other than institutions operated by the Board of Regents are limited by law to using design-bid-build or construction management for their building projects.

A bill in the Iowa Legislature this year to allow broader use of design-build project delivery by public bodies received pushback from builders who don’t provide design-build services. 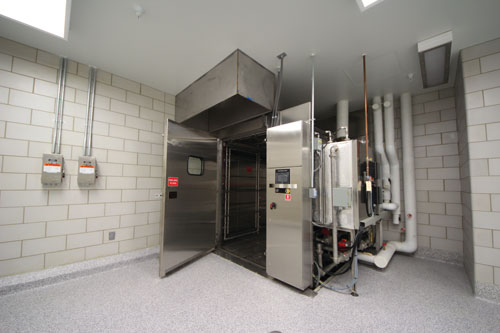 Equipment is shown inside a new, 51,221-square-foot biomedical research support facility on the University of Iowa Oakdale Campus in Coralville, Iowa. (Carl A. Nelson & Company photo)

“For private clients, we believe it is the best possible delivery method for most, if not all, projects,” Smith said.

Increasingly, owners agree. And the data bears it out. In a 1998 study by the Construction Industry Institute (CII), design-build was found to outperform construction management at-risk and design-bid-build in terms of unit cost, cost and schedule growth, and speed of delivery. A follow-up study published by the Institute in 2018 showed design-build projects “are still delivered faster and with greater reliability in cost and schedule performance.”

Another significant indicator of successful project delivery is repeated use of the same design and construction services, including design-build. At CANCO, returning customers account for 75 percent of business across all delivery methods. In design-build, the volume of repeat business is higher still, rising to more than 80 percent.

“The majority of owners on the best performing projects (in the study) had worked alongside either the designer or builder, or both, on prior projects,” CII reported in 2018. “Because of these prior working relationships, they were comfortable communicating and, specifically, more willing to share challenges or problems encountered on the jobsite with other team members.”