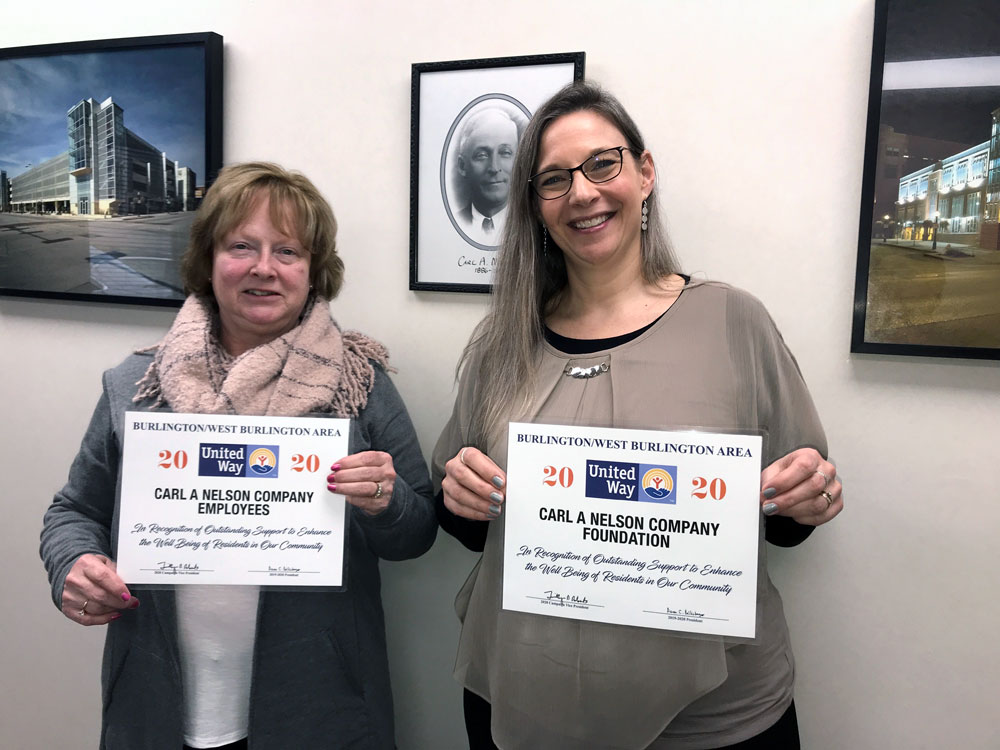 Once again in 2020, Carl A. Nelson & Company, through its employees and charitable foundation, will contribute to the local fundraising efforts of United Way in the Greater Burlington area in support of community organizations ranging from the Alcohol and Drug Dependency Services to Young House Family Services.

"Carl A. Nelson & Company employees and the Carl A. Nelson Charitable Foundation are proud supporters of the Burlington/West Burlington Area United Way," Carl A. Nelson & Company Vice President of Finance Christine Robertson said. " We have been supporting the B/WBAUW for many years as a way to give back to the community.  Many employees contribute through payroll deductions and the Foundation Board contributes to the B/WBAUW as it is a like-minded organization supporting the needs of the community."