Carl A. Nelson & Company does homework 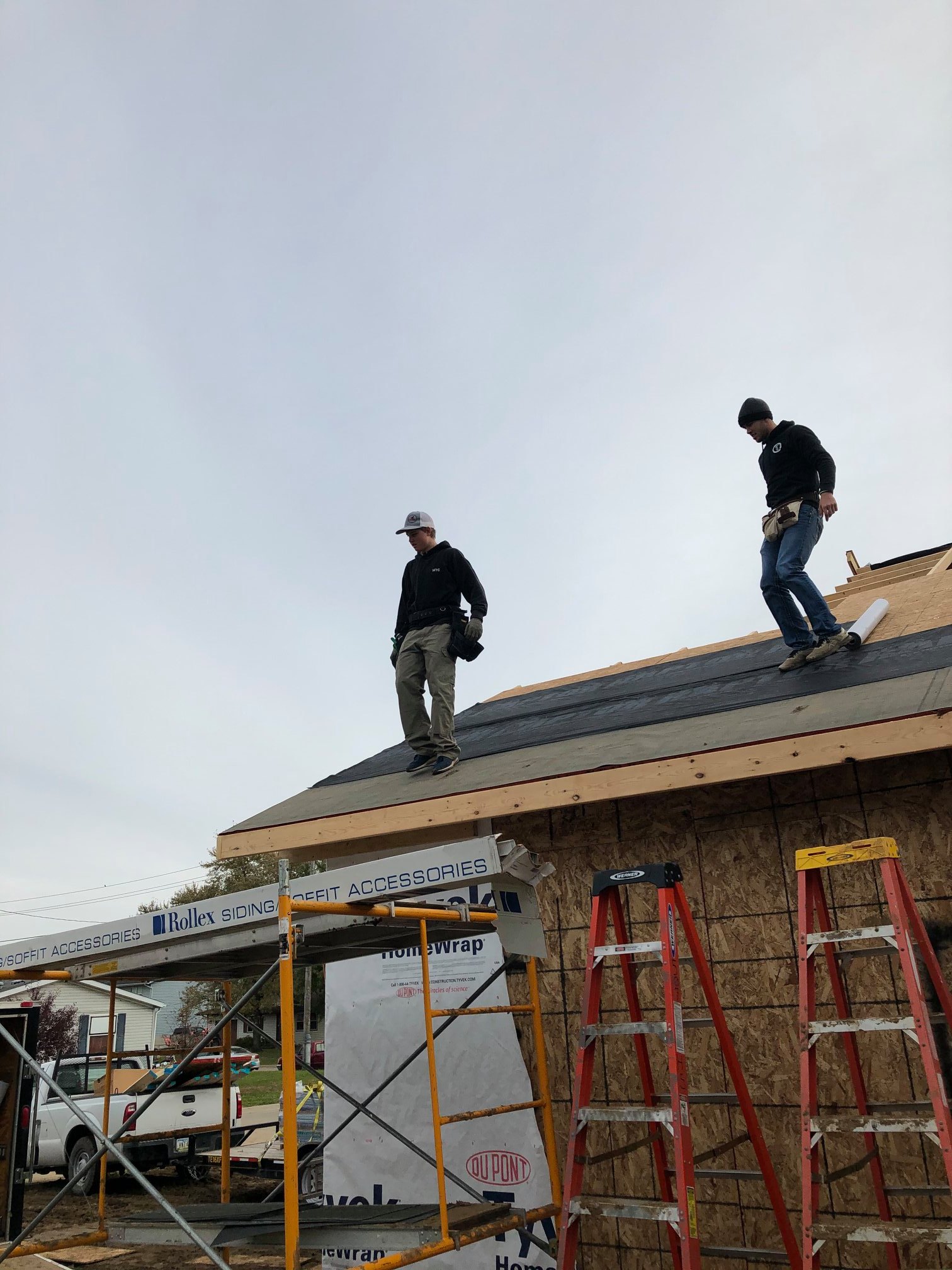 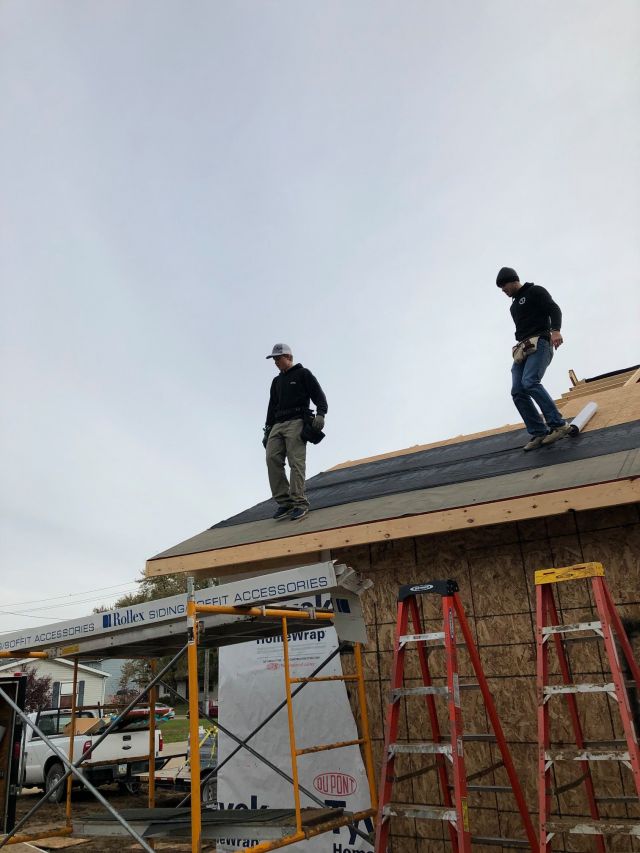 Student builders at FMHS were trying to get dried-in on the house the class is building in Fort Madison, Iowa, and wanted to borrow a couple of CANCO employees -- Fort Madison alums Elton Kruse and Aaron Barnes -- for a day to get the roof on.

Carl A. Nelson & Company is proud to have these Fort Madison grads who are now our employees helping out.

CANCO is likewise proud of its partnership with the building trades program at FMHS, as well as other area high schools.

In addition to helping to sponsor the school's construction trailer, Carl A. Nelson & Company has welcomed students from FMHS each year to its annual High Schools Skills Challenge, held in conjunction with Construction Week observances by Master Builders of Iowa. Last month, a team of students from FMHS placed first in the third annual challenge at the CANCO warehouse in Burlington, and earned $400 to purchase tools and materials for their program. 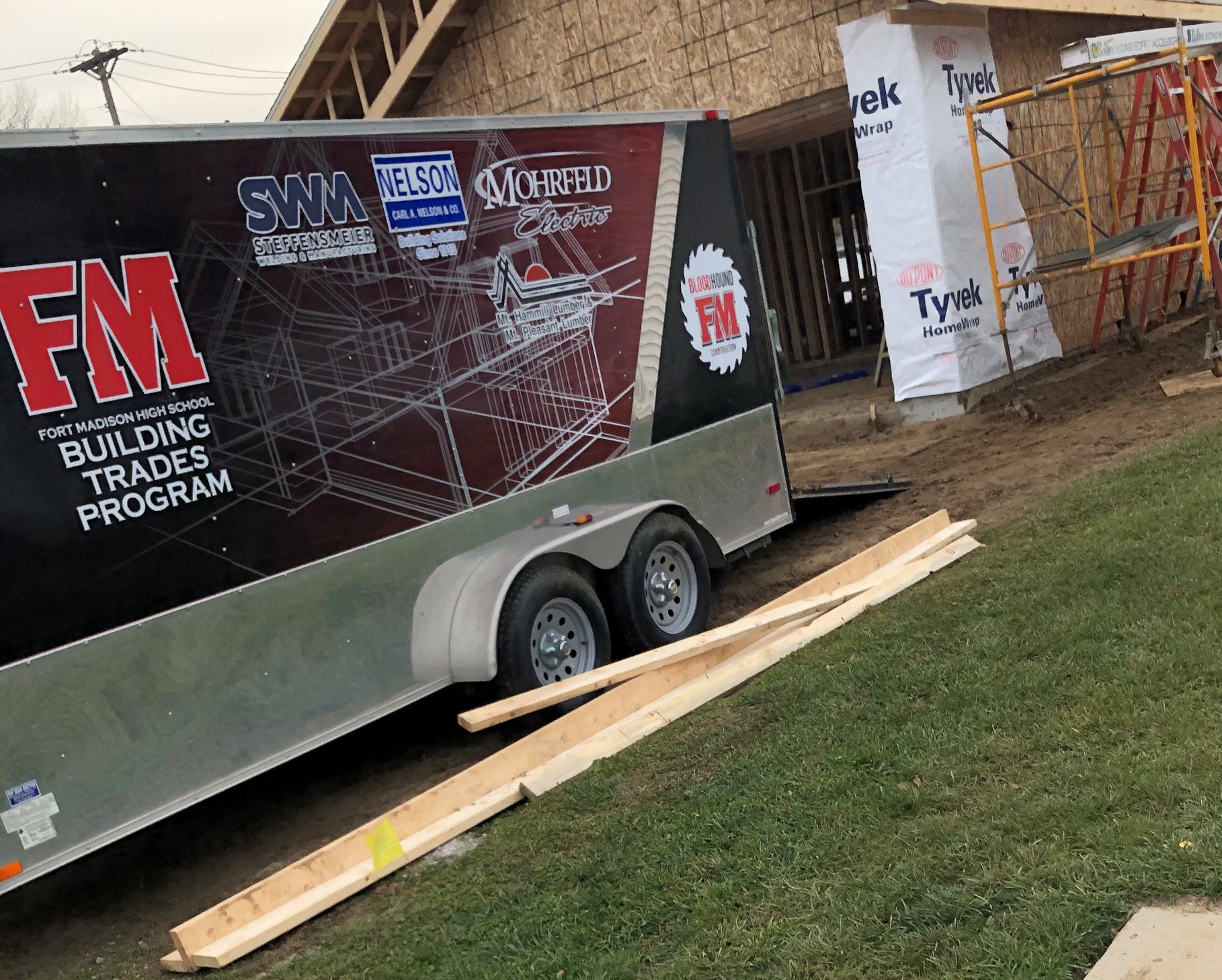 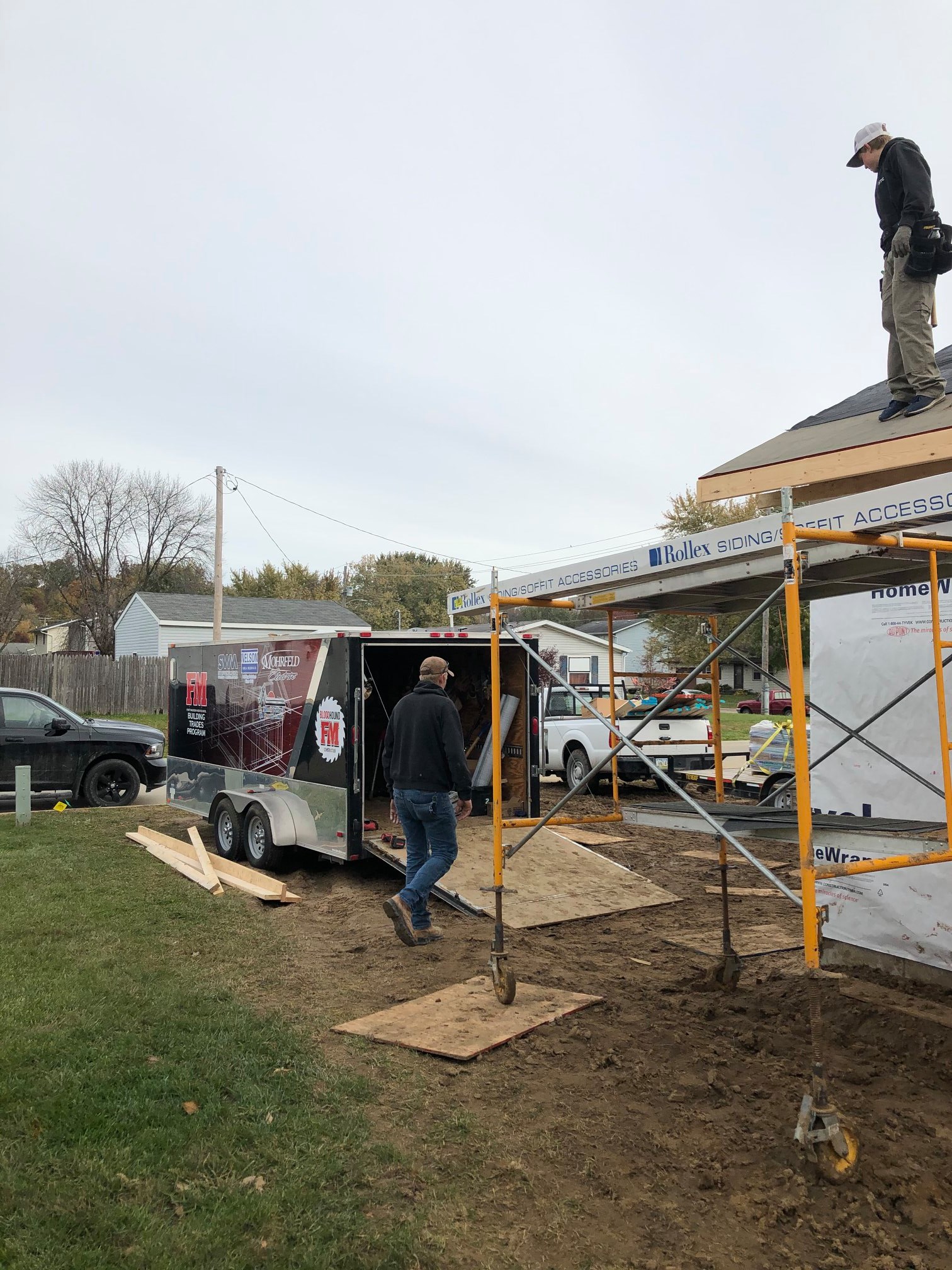