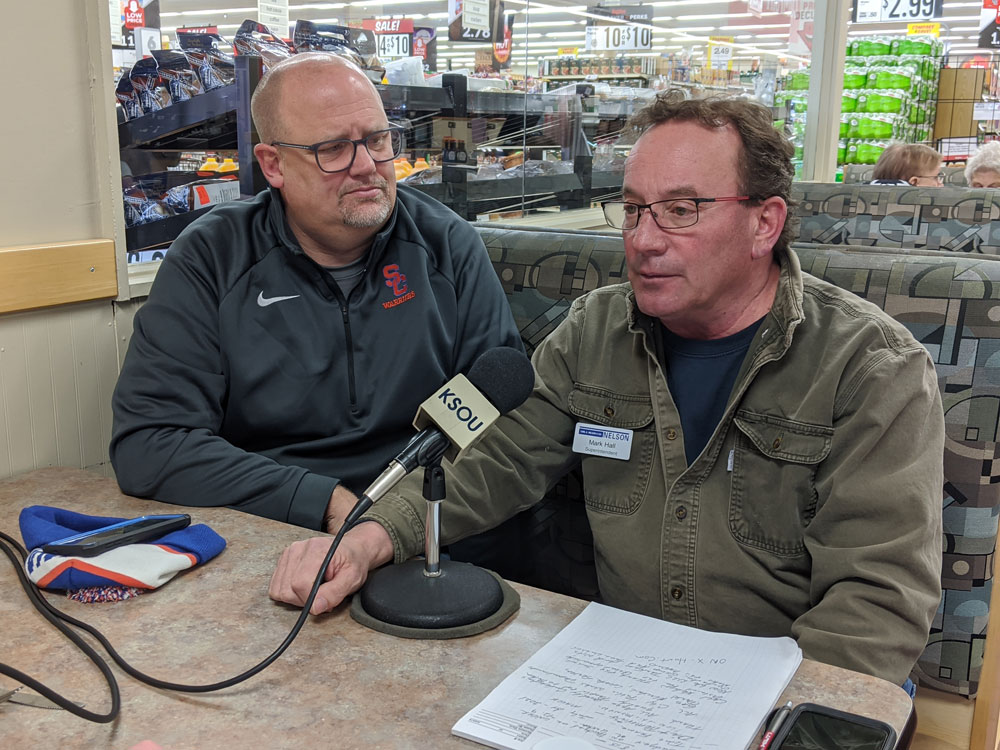 Carl A. Nelson & Company project superintendent Mark Hall, right, answers a question about progress on construction of the new Sioux Center High School, as Sioux Center Superintendent Gary McEldowney looks on during a Feb. 28 live broadcast of The Daily Grind, a program of Sioux County Radio in Sioux Center, Iowa.

By Craig Neises
Director of Marketing, Carl A. Nelson & Company

More than a year of work remains before construction of the new, $42.5 million, 180,000-square-foot high school in Sioux Center, Iowa, is complete. But already, reviews of the work done so far, and Carl A. Nelson & Company's role in the build, are positive.

Joining McEldowney for the interview was Mark Hall, project superintendent for Carl A. Nelson & Company on the construction management agency job.

"We were fortunate to get selected to do the management for the school system," Hall said of the 107-year-old, Burlington, Iowa-based design-build, construction management and general contracting company.

Hall shared the credit for with the entire project team, including the architects and engineers, the general contractor and subcontractors, commenting on the evident community pride being taken in the work being done on such a significant local project.

Responding to a question about activity on the construction site, Hall said work is wrapping up on enclosing the main part of the building, and construction of the gym was slated to begin the first week of March. Soon, he added, the number of workers on the site will grow to more than 100 as interior work gets underway, while exterior work continues with the pouring of concrete for roads on the site, preparation of soccer fields and other tasks.

The winter has cooperated with the construction schedule, and Hall expressed hope spring would do the same.

Listen to the entire program at siouxcountyradio.com. 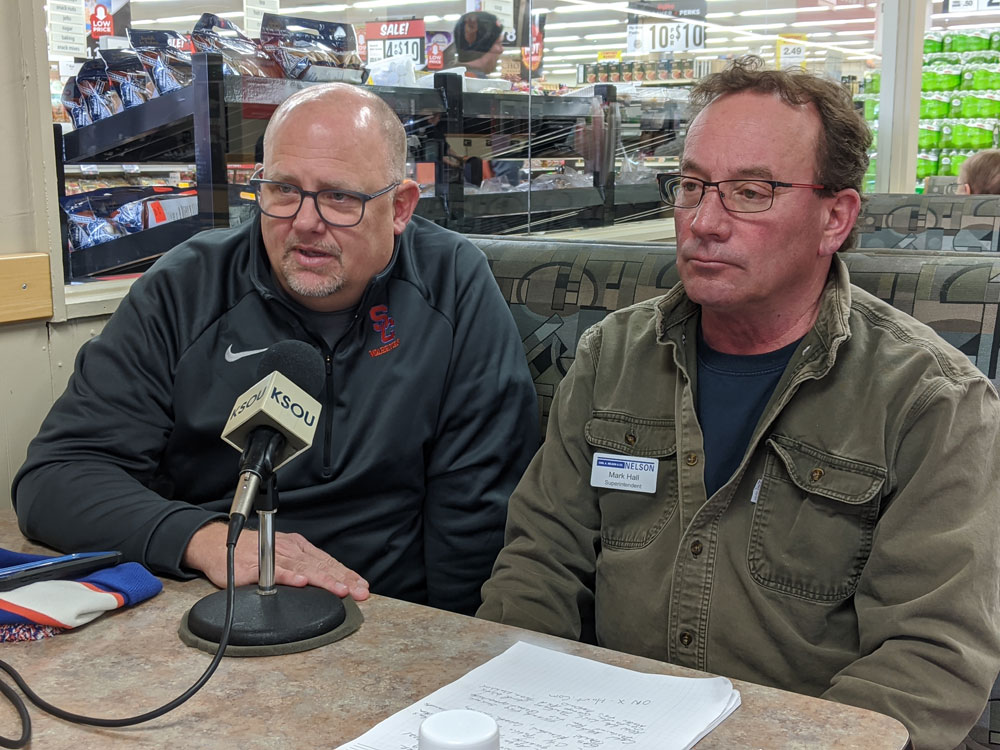